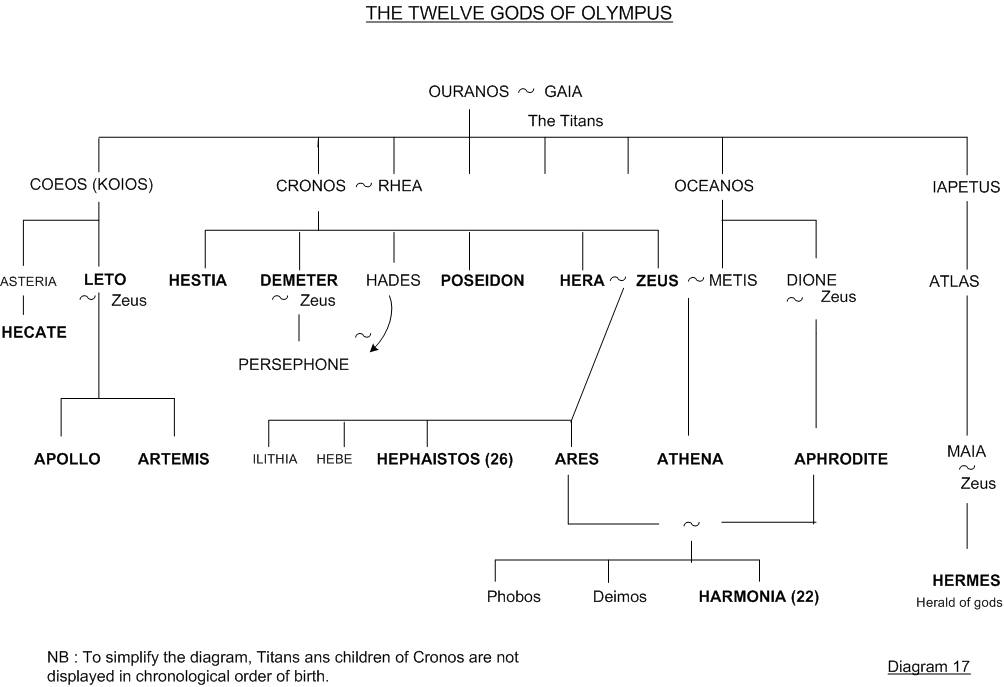 However, their field of activity varies when they are born from unions of Zeus with a Titanide other than Rhea.

These gods belong to the plane of the overmind which is the highest of the planes of mental consciousness. They represent not only principles or archetypes and external forces which work for the progress of humanity, but also forces which are in us and which we can mobilize, according to the word of Origen “Remember that in you are all the gods of Olympus”.

They are described in detail on the page “THE TWELVE OLYMPIAN GODS“.

After their victory over the Titans, the three sons of Cronos shared the world between them:

-Zeus took the kingdom of the superconscious

-Poseidon that of the subconscious

-Hades that of the unconscious

But they kept the surface of the earth, the conscious, as their common kingdom.

Hades, however, is not one of the gods of Olympus because he represents the plane of bodily awareness at the cellular level to which man does not yet have access.

Hestia is the keeper of the inner fire, the psychic flame.

Demeter, the goddess of Yoga, works for union.

Ares and Hephaestus govern the destruction and creation of new forms.

Athena embodies “the inner master” for the growth of discerning intelligence and for the organization and perfect mastery of the outer being.

Apollo and Artemis symbolize respectively the light and the force of purification of the psychic being.

Aphrodite is the symbol of the evolution of love in man.

And Hermès is the symbol of knowledge at the overmind level which is beginning to manifest itself in humanity.