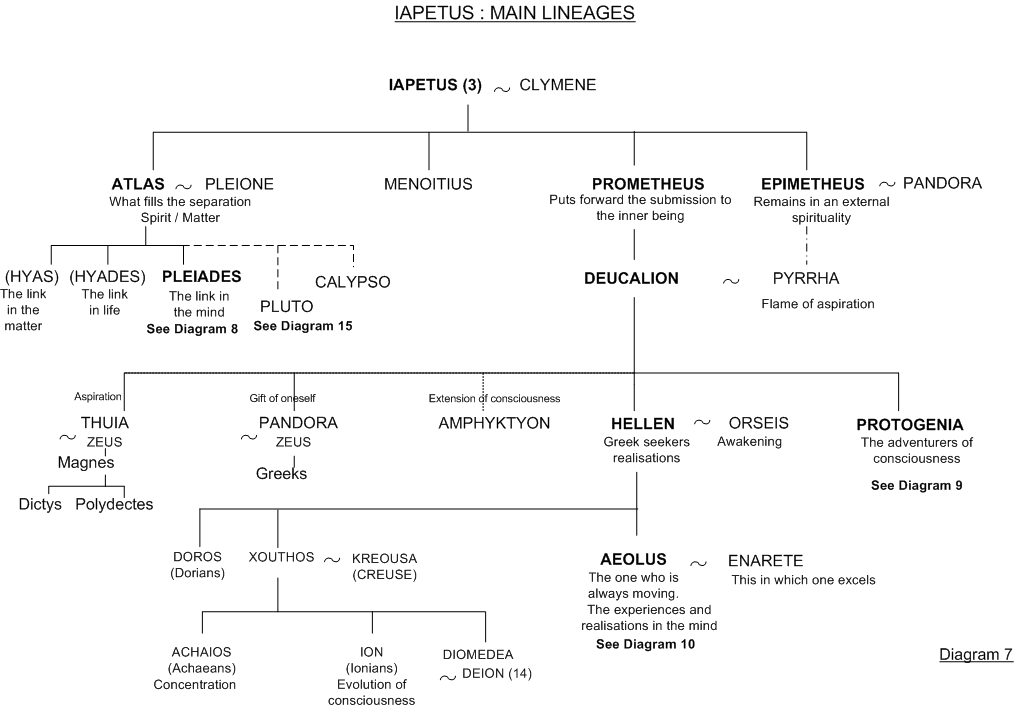 In this page are presented the two main lines of the family tree of Iapetus, that of Atlas and that of Prometheus, which describe on the one hand the seven planes of mental consciousness and on the other hand the major experiences and realisations lived by the seeker in the ascent of these plans.

See the page “The structure of Mythology“.

The first line is that of Atlas. Let us recall that Atlas was condemned by Zeus to carry the sky on his shoulders: he is therefore the symbol of what, in human consciousness, separates the spirit (the sky) from matter (the earth on which he stands). He is united to Pleione, “the one who fills”. Their children the Pleiades symbolize the seven planes that humanity must climb in the mind over the millennia to fill this chasm opened by Zeus when humanity left childhood. Currently, man is struggling to develop the third level, the intellect.

Deucalion joins Pyrrha the redhead “the aspiration flame” who gave him two children:

– Hellen, the work for “liberation” and “awakening” embodied by his wife Orseis. Their son is Aeolus who represents the researcher “who is always on the move” and must work by “what he excels” according to the meaning of the name of his wife Enarete.

– Protogenia “that which is born ahead” symbolizes the adventurers of consciousness, those who walk ahead of humanity.